New readers: Before there might be a queen, first there must be a king.  Read a tale of a  lone wolf, a hunter, and a woman with a red riding hood who cross paths one fateful winter. Volume 1: “Red Riding Hood” starts here.

Returning readers:  Giles is in so much hot water that his journals have been temporarily suspended.  Just a few administrative things. 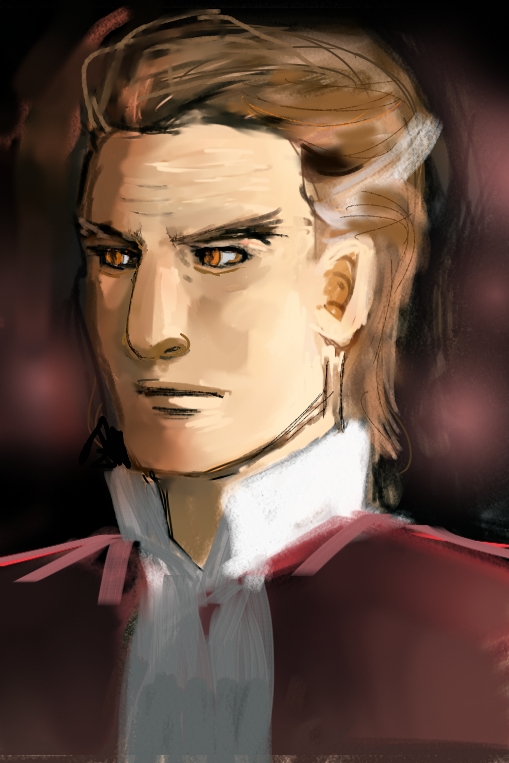 Hawk is a character who will appear immediately in “The Queen of Swans.”

This is a design in progress.  Had I wanted to go a little more stylized, his nose would have been truly hawklike :).

However, he is older than many of the characters that will appear and has a connection to a character that has only appeared in The Sleeping Prince (which is unfinished, except in my brain).  He is unarguably proud and, as I realized while painting him out, that may be why he is rather grumpy.

Indeed, I had not intended him to be such a difficult personality.  However in drafting Chapter 1, something became obvious to me that was a bit troubling.  Although he is essentially a good character, he hides something from those around him.  He also holds a very strong belief about what his role is and that may put him at odds with other characters as they appear.