It’s been a while, hasn’t it?  Now I almost have too much stuff to toss at you. I have a few new “completely irrelevant doodles” for you to look at in the Artwork section. My Tumblr doodle blog gets hard to follow sometimes so I’ve compiled some of my posts from there on this site.The first image was drawn in Painter.  (It came from a thought I had about giving Wolfram a pet. That suggestion didn’t seem to go well.)  The second image is from a Copic/gel pen drawing I did at Momocon. I actually have nine or so other little sketches that I’d love to trade when I get them done.  Wolfram is wearing something ridiculous that he probably would never admit to owning, but I like it anyways. Hehe.

Also, fans of the Swan Queen can see a completed work over at Deviantart. I finished in her a style that complements the Unicorns Among Us print.

As for the Charms – going to try to set up an Etsy shop soon. For the iPhone folks like moi, don’t fret! I will set up a keyring version for you 🙂 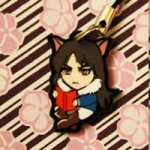 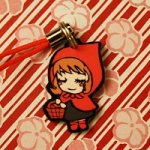 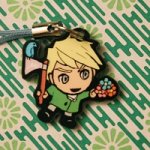 And with that, enjoy the mass of updates from the rest of the Creative Wenches that run this twenty-four hour period, and see you Sunday! Someone gets hurt. I promise! xD