Oops. I’m sure some of you are still trying to digest that last installment there!  In any case as it turns out there’s a bit of art stuff that crept in to post as well as a cool fan piece done by Annie Eggleston who seems to be rather fond of the lions!

But before you get the pics and the rambling blog,  let me get this out of the way.

Continuing readers:  Get your pancakes here!  And please kindly vote for the story at Top Web Fiction. I’m chasing zombies there and I’d like to make the zombies sweat xD.
New readers: Begin reading a story of a very mixed up, once upon a time, faraway place here. Learn about this webserial here!

First, I’d like to show you what Annie posted on the Facebook page earlier in the week. She seemed to be having fun with lions both in real life as well as textually.  It’s cool isn’t it? That’s the first time I’ve ever had anyone make something 3D for anything I’ve written.  Way cool! 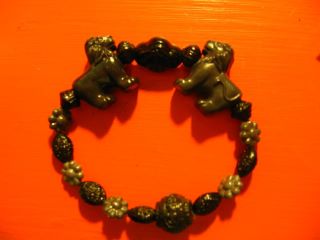 So for those of you who caught my last edited-in note you’ll notice that I dropped in a few new art galleries this week.  The reason is that while I have generally alluded to this particular world being a lot bigger with stories yet to be written or told, that unless you have been here since the beginning you’ve missed my random posts about the various stories and other artwork I’ve been doing for several years.  So I’ve reordered the art section and put in galleries for three separate stories.  You have the art for “Unicorns Walk Among Us” (or most of it) , Sleeping Beauty (to be retitled “The Sleeping Prince”) which by now you know is referenced in passing in the core story, and will have art later this year for “The Swan Queen/Wild Swans” series.   I guess I wanted to tidy the pages a bit before I begin to show you more concepts and share thoughts on “off days”.

And with that, going to move on and show you two new pieces/sketches  I don’t think I’ll deepen these in terms of values/shading because I kind of sometimes just like the random sketchiness of things.

This version of Edmund was actually sketched months ago but I set aside the painting. The “Sleeping” version of this guy is the companion to the picture of the Count lying down on his sofa and to one of Elanore sleeping with stuffed animals/doll versions of Ed/Count in her bed.  Elanore … well, that picture is going to get a redo, so you only get Edmund at this time :p (You can click on the image for a blowout.) 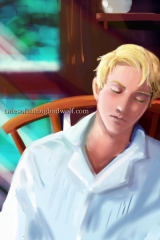 This second picture is  a pencil sketch that I cleaned up digitally in Painter.  I guess it’s the counterstrike to last Wednesday’s sketch with the masked Count and Elanore as seen here.

Elanore is a pretty cute person when she’s excited about something.  In this case, I think she’s anticipating pancakes or puppies.  (You decide!)  Edmund is … wow, hard to draw… so I’ve been doodling a lot of him lately with his new shorter hair.  He’s pretty. He’s supposed to be really pretty and fair, unlike most of the people wandering around the Northernlands so it always frustrates me when I draw him and he doesn’t turn out the way I want. But here, .. .he’s okay. Happy.

Oh, but aside from the lovely/cute vibe I wanted here, I just like that he’s always happy around her and these two just seem to be okay being total weirdos.  xD(Click the weirdos thumbnail to blow out the image.) 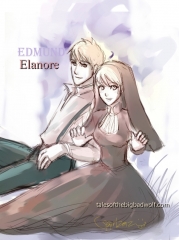 In any case, I hope you enjoy these!  I’ll transition these over to the regular “Artwork” page sometime in the future.

And if I kept you here that long, make sure you check out Suzy’s Box. She just updated … going to go there now myself !